EMERGENCE--Steppin’ out with the new kids on the block:
The A.H. Fox Collector’s Association
By Steve Cambria 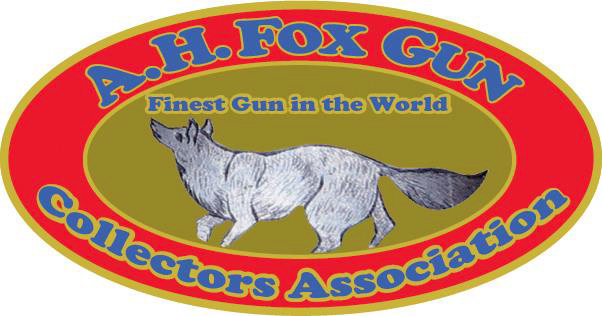 For years, long before McIntosh’s “The Finest Gun in the World” illuminated the A.H. Fox gun and its mercurial founder, the question most often heard wafting from show tables, fine gunrooms and double gun collector circles, was: “When the hell is someone going to start a Fox collector’s group?”

To that end, it’s hard to conceive that five years have passed since the incorporation of the A. H. Fox Collector’s Association back in November 2007. To the five intrepid board members who have guided the organization thus far, it has been, for the most part, a travail passione (A labor of love, to my comrades who slept through French class.) Sure, there have been some frost heaves along the trail; the occasional disgruntled member, mild disagreements over direction, activities and finances. In retrospect however, little more than the usual growing pains any civic group must endure whilst emerging from its nascent stages.

“It’s been an awesome ride,” recollects Paul Plunkett III, the group’s current Executive Director. “I’m damn glad I jumped on the bus, back in ’06 and got to watch this little group of ours really come together. I do believe somewhere, ol’ Ansley H. is grinning from ear to ear over all that we have accomplished.”

To fully appreciate the meteoric rise of the A.H.F.C.A., one needs to flip the calendar back seven years to the very beginning, to an afternoon when all the planets and stars aligned perfectly.

Back to the Future

September 22, 2006 dawned just another cool, frosty morning in the bucolic hills of Millbrook, New York. To worshippers of the Fox gun, however, it would prove to be, a day of days, a date that would forever be etched in the epoch of Foxdom. It was Friday, day- two of The 10th Annual Vintage Cup at Sandanona, a day when, traditionally, serious gun buyers get down to serious business. In a small tent, far from the bargaining tables of the world’s top double gun purveyors, a cadre of devout A.H. Fox gun enthusiasts met for the first time face to face and casually began to chart a course toward their first public outing, still some eight months distant.

“The reason for the ‘meet & greet’ was more a case of web-based curiosity than any strategic planning session,” quips the group’s founder, Craig Larter, who in May of 2006, with his own investment in capital and sweat equity, launched foxcollectors.com, a website dedicated to the A.H. Fox gun and all those who collect, shoot and cherish them. “Many of us had been chatting on the Fox site for several months and this was really the first chance we had to put a face to an internet pseudonym. Looking back on it now, we all had the feeling that sitting here, within our grasp, was the nucleus of something new and very exciting.”

Like most definitive grassroots movements, it was not the “usual suspects” who would pour the foundation walls. The big time collectors, dealers, authors, photographers and Fox pundits were nowhere to be found. Instead, it was Larter and his four horsemen who would grab the reigns and lead this equine to water.

Dodger’s coaching legend Tommy Lasorda once said, “…there are 3 types of players: those who make it happen, those who watch it happen and those who
wonder what happened.” Craig Larter resides in section # 1 of that triumvirate.

Larter, a retired manufacturing executive, has been collecting Fox guns for over 20 years. A man of many passions, Craig is also an avid decoy collector, lab owner/trainer and fanatical duck hunter, who loves swinging big- 12’s on his favorite marsh in western New York State. He also admits (off- camera, of course, with his trademark sheepish grin) his affection for 10 bore L.C. Smith and Parker Damascus guns.

Rounding out the Fox “Fab-5” directors, are: Frank Srebro, an avid sporting clays shooter, bird hunter and Fox grand master of technicana; Dave Noreen (a.k.a., Researcher), no stranger to the pages of many fine shooting publications and a veritable walking factotum on Fox, Parker, Remington et. al., side by sides; Paul Plunkett III, bird hunter, collector and devout follower of the “Church of Ansley H.” and this author, an accidental tourist of sorts, who bought-into the Fox asylum (like the rest of his investments) 20 years too late.

One thing is certain. The “Fab-5”, all original cast members, possesses a marvelous chemistry, each contributing a slightly different skill set to the organization. It’s the amalgamation of their efforts that has made the A.H.F.C.A. what it is today. “From day-one, we just clicked,” boasts Larter. “The few times a year we manage to get together, are like college reunion weekends, and time flies by faster than a teal riding a 30 knot tailwind. They’re a selfless group of extraordinary gentlemen and I’m proud as hell to count them as my friends.”

Off to the Races

Larter took the helm as the first Executive Director of the A.H.F.C.A. shortly after the incorporation was complete. Their first public outing was in May of 2007 at Ernie Hausmann’s Great Northeast Side by Side Shoot at Hidden Hollow. “Ernie embraced us from the get-go and was elated that a Fox group had finally been formed,” remembers Frank Srebro. “We have always felt a special kinship with he and his friendly staff and consider Hidden Hollow our home-base of sorts.”

A year later, the A.H.F.C.A. was back at Hausmann’s to launch their now infamous long bird challenge, appropriately dubbed, “The Bo-Whoop Cup.” This evocative side event was created to bring the heavyweight Fox 12 bores out of the woodwork. In 2009, it accomplished just that, as no less than 14 HE grade Super Fox guns turned out, attempting to tame the five pairs of hellishly long targets. It’s what the group later referred to as “the largest gathering of Super Foxes on the planet.” The “Bo-Whoop” has since become a perennial favorite and cornerstone of the Northeast Side x Side Shoot.

The Vintage Cup is another event the A.H.F.C.A. has attended since their inception. In ’07, the group tested the waters with a small, informal presence, then thundered back in ’08 with member Don Stuff’s creative, “Fox gets the Game” diorama, an exhibit that drew rave reviews from the Maryland attendees. “The Vintage Cup is our crowning event of the year” notes Dave Noreen. “It’s the venue for our annual meeting, an awesome display of collector- grade Fox guns and two very exciting shooting events: the A.H. FOX Championship and new in 2012, the Fox vs. Parker Challenge Cup--- which we all feel has the ‘juice’, to develop into one of the premiere vintage shooting contests on the calendar.”

2012 also marked the first year of an official A.H.F.C.A. attendance at the Southern Side by Side Spring Classic. “Without question, this has become one of the hottest tickets in town on the double gun circuit and even though we have no direct involvement with the Parker vs. L.C. Smith Challenge, it’s important that we support these two great organizations and also keep in touch with our members from the southern states,” remarks Paul Plunkett.

See a common thread here? Despite a membership base that leans more towards a “collector-only” preference, all five directors love to hunt and target shoot with their Fox guns. “The greatest tribute we can bestow upon Ansley Herman, is to ensure these wonderful guns keep doing what they were intended to do--- taking game or crushing targets,” implores Srebro, a talented clays shooter in his own right. “Sure, we all have our display guns and ‘safe queens’, but getting out there and burning powder with an honest old Fox, is really what it’s all about!”

The A.H.F.C.A. displays at several non-shooting events as well, including The East Coast Fine Arms Show in CT; The Las Vegas Antique Arms Show and, in 2011, The Ohio Gun Collectors Show, in Wilmington, where an astonishing mix of pristine condition Foxes was assembled for the O.G.C.’s viewing pleasure.

The directors are quite pleased with their progress to date. Despite a birthing that virtually paralleled the collapse of the domestic economy, as of this writing, the A.H.F.C.A. membership roster is slightly north of 300, and web-site usage is at an all-time high. “Our domain, ‘foxcollectors.com,’ continues to be the epicenter of the group’s day to day activity,” adds Larter. “We have over 1500 active participants who provide a wealth of information on a wide array of subject matter surrounding Fox guns and ephemera. It’s amazing, the great guns that have surfaced on the site since we started back in ’06, Oh sure, we see our fair share of ‘rode- hard shooters’ but every once in a while, someone drops a bomb with information and pictures detailing a very special Fox. That’s what makes it so damn entertaining,” raves Larter. “’Yuh just never know’ is our new mantra. After all, it’s the thrill of the Fox hunt that keeps most of us in this crazy game.”

The Fox team strives to keep their website friendly and inviting, a place where that new caretaker of granddad’s Sterlingworth feels as welcome and vital as the hardcore collector of mint, high grades. Not an easy task but critical in the cultivation of new members.

Thanks to a decidedly conservative fiscal approach, the A.H.F.C.A.’s balance sheet is solid and the future looks bright. “If we can survive and thrive during this protracted recession, I’m confident we can endure most anything. Still, we have to be realistic,” warns Larter, “as any rapid expansion will far outpace our limited resources. While our goal is to emulate the stature of both the Parker and L.C. Smith Collectors’, [both of whom we’re indebted to, for their unwavering support and guidance they provided us during the A.H.F.C.A.’s formative years] we realize that level of success will take years to develop.”

The sanguine Larter, concludes, “The heavy lifting is over, now we need to slowly build our membership base and layer- in more events across the country--- especially west of the Mississippi. We also need more members to submit articles for our two newsletters and volunteer to work at events. A lot easier said than done!

“So what’s the end game here?” Larter asks, with a twinkle in his eye. “Naturally, ---- to be The Finest Gun Collectors Group in the World!!”

No doubt, these bold, new kids on the block are well on their way to achieving that goal-------just the way ol’ Ansley H. would have liked it.

In fond memory of, R.W. Harris (“Billy” to us). Life member, collector, sportsman, southern gentleman, ardent supporter, guiding light and friend, to the A.H.F.C.A. May your show table in Heaven be stacked-full of high grades.